How to get to/from Lesvos? Ferries run from Piraeus and Kavala in the north on mainland Greece, and there are boat connections betwee the island and Chios, Lemnos, Samos, and Ikaria.

Where to stay in Lesvos? Get your own villa with a private pool at A – Luxury Villas, or book into Heliotrope Hotels for sea views, a good-sized pool and beach access.

Closer to Turkey than to mainland Greece, Chios is a pretty off-the-beaten-track adventure. Head to Kambos, once home to the island’s leaders, to see stately mansions of a byegone era, and visit the ‘mastic villages’, a collection of 20 settlements where the trees shed the ‘tears of Chios’ – little mastic crystals – every August, creating peculiar white, snow-like patterns on the ground.

Anavatos, an abandoned medieval village, is an intriguing and atmospheric day trip, and foodies will love the abundance of citrus fruit. Fresh orange juice in the morning has never tasted so good…

More like this: Travel companies that go the extra mile to make your holiday sensational How to get to/from Chios? Connect to a flight to Chios from Athens or Thessaloniki airports on the mainland, or take a ferry from Piraeus or Lavrio. There are also boat connections to nearby Lesvos, Efstratios, Samos, Ikaria and Tsesme in Turkey.

Where to stay in Chios? Stay in Chios town (Chora) for the best restaurants and bars – we love Agora Residence, a collection of serviced apartments and studios inside a renovated 19th-century mansion. For the quiet life, head to Erytha Hotel & Resort where you’ll get endless sea views and simple but cleanly decorated rooms.

Naxos has certainly got one of the finest beaches of all the Greek islands. The entire southwest coast forms one long beach, with numerous resorts and hotels on its shores for a spectacular seaside escape.

In the Kástro area of the main town and you’ll find plenty to keep you busy for a week, such as the ancient Apollo Temple and an archaeological museum, alongside hopping between coves and beaches. Local food is a highlight here, too, with the small potatoes grown across the island a total hit, alongside all manner of island-produced cheeses. How to get to/from Naxos? There are regular flights from Athens to Naxos, and BA and easyJet fly to nearby Mykonos which connects via ferry. There are also ferries from Piraeus, Crete and most of the other Cycladic islands too.

Where to stay in Naxos? In Naxos town, we love Nissaki Beach Hotel which has great beach access and bright and breezy decor. Beachfront villas further down the coast are equally lovely at Salinus Naxian.

Famed for its hedonistic nightlife, Mykonos is more than just superclubs and hangovers. There are beautiful beaches and the buzzy little capital, Hora, but its interior is where you’ll find serene peace and quiet.

Ano Mera is a gorgeous little town in the centre of the island, with whitewashed houses, a taverna-filled main square and the Tourliani Monastery – founded in 1537, it’s a glorious old domed church with a collection of treasures inside. How to get to/from Mykonos? Direct flights from Athens take just 35 minutes and ferries go from Piraeus and Rafina ports near the city. There are connections islands such as Ios, Crete, Paros, Thira and Tinos.

Where to stay in Mykonos? Hilltop bliss can be found at Amallini Suites near Ano Mera, where there’s a pool, beautiful original exposed brick interiors and glorious views out to the ocean. Elia Mykonos Resort by the Sea is a good bet for direct beach access and four-star service.

Better known as ‘Shipwreck Island’ and Zante, Zakynthos has featured on many a tourist brochure thanks to its enormous, rusting shipwreck on Navagio beach. There’s a viewpoint north of the beach atop precipitous cliffs, looking down on the enormous crumbling hull of the MV Panagiotis, which ran aground in 1980 after reportedly trying to smuggle in tobacco and other illegal products.

Elsewhere on Zakynthos, there are more spectacular views of azure oceans and white sandy beaches. There’s water so clear you’ll be able to see toes right on the bottom of the ocean floor, and even sulphur springs if you know where to look (tip: head to Xigia beach). How to get to/from Zakynthos (Zante)? easyJet and Jet2 fly to Zakynthos regularly throughout the spring and summer seasons. There’s also year-round flights from Athens. Ferries travel between most of the Ionian islands, as well as the mainland ports of Patras and Kyllini.

Where to stay on Zakynthos (Zante)? For adults-only fun, book into Lesante Blu, set in a rural spot near the resort town of Tragaki. The pool overlooks the ocean and many rooms have lovely sea views. The food is sensational, too. Diana Palace Hotel has two pools, unusual contemporary decor and is a hit with guests.

Best Greek Island for… A breath of fresh air

This little bat-shaped isle in the Dodecanese is tiny. There are fewer than 1,500 residents and it has just two towns to explore. On the northern half of the island you’ll find the tiny settlement of Analipsi, where there are laid-back beach bars serving fresh juices in the morning and cocktails by night, and beachfront restaurants make for romantic evenings under the stars.

The southern side of the island, Astypalea is the main hub, welcoming ferries from nearby islands and with plenty of tavernas and hotels. There’s an archaeological museum and the ruins of a hilltop castle overlooking the ocean, but the absolute best thing about this island is that it’s almost entirely smoke-free. Astypalea has become the world’s first ‘Smoke-Free Culture’ island, meaning the air is extra fresh and you’ll never need to worry about second-hand smoke. How to get to/from Astypalea? SkyExpress run flights to Astypalea from Athens, Rhodes, Kos, Santorini and more, and ferries connect the island to Athens’ main port Piraeus, as well as Kos, Rhodes, Tilos and Symi.

Where to stay on Astypalea? Maltezana Beach Hotel is, as you might expect, right on the beach on the northern half of the island. There’s a great pool and good food in the homely restaurant. The superb Pylaia Boutique Hotel & Spa is the top pick on the south side of the island, tucked away among the hills on the coast, with sea views, minimalist decor and an excellent spa.

Santorini really needs no introduction. We’ve all seen those stunning shots of whitewashed houses tumbling down towards the rich-blue ocean, with classic Greek Orthodox church domes in view. Santorini is synonymous with luxury, but there’s much more to this popular island than Instagrammable views and stunning sunsets.

We love Pyrgos Village, the island’s former capital which is now a sleepy little settlement away from the hustle and bustle of Fira and Oia, with cute little tavernas for fresh-fish lunches and a spot of afternoon ouzo. Also don’t miss Akrotiri, another little village hidden away on the south coast with a striking red beach backed by ochre-coloured cliffs. How to get to Santorini? easyJet run non-stop flights to Santorini year-round and British Airways have seasonal flights throughout spring/summer. There are plenty of ferries connecting Santorini to the mainland and islands like Anafi, Ios, Zakynthosm Mykonos, Milos and Naxos.

Where to stay on Santorini? For a hotel with serious character and a luxurious vibe, check into a former convent at Agialos Hotel in Fira. With stunning views over its whitewashed rooftops, you’ll get the classic Santorini scenery and sunsets alongside contemporary rooms, beautiful food and a small pool. For a more affordable stay, head to Armeni Village Hotel in Oia, which has equally gorgeous sea views and beautiful, minimalist interiors.

Most Greek islands have a good selection of sandy stretches to explore, but on Skiathos there are over 50 beaches to choose from, so you’re spoilt for choice here. That’s why it’s absolutely overrun with visitors from around Europe come summertime. To avoid the crowds, though, come in spring or early summer (May/June are best) or take a late summer sun break and visit from mid September onwards. Temperatures are still in the low 20s even in October.

The island’s best beaches include Koukounariés – think fine sand, watersports and sunbeds aplenty – and the Big and Little Banana beaches, which have spectacular sunset views. On the eastern side of the island, Vromólimnos has a great taverna and plenty of sunbeds and watersports available. How to get to Skiathos? British Airways has regular flights to Skiathos throughout peak season (June through September), and there are lots of ferries to and from the mainland (Agios Konstantinos on the east coast), as well as surrounding islands like Chora, Volos, Alonissos and Glossa. There are also regular flights from Athens.

Where to stay on Skiathos? For small-scale luxury, book into Skiathos Mystery where chic rooms and rooftop views are accompanied by a great pool and even better service. For something a little more lavish, try Skiathos Princess Hotel, which has plush furnishings and direct access to one of the island’s top beaches.

The beaches on Kos are fantastic, but the highlight on this Aegean isle is the plethora of ancient sites. The Roman Odeon is one of the most important sites on the island, dating back to the second century AD. It has a capacity of 750 and was built to host musical competitions and political debates at the time.

Elsewhere there’s the medieval castle of Neratzia, an abandoned town and Byzantine castle in Pyli and the second-century BC temple of Hercules. All of this sits alongside glorious stretches of sand lapped by the warm Mediterranean, and great hiking and biking opportunities. There’s also a host of family-friendly attractions, such as waterparks for the kids. Come in summer to celebrate at the Hippocratia Festival​​​, which involves all manner of traditional dancing, singing, costume and food. How to get to Kos? Both easyJet and Jet2 have direct flights to Kos, and there are internal flights from Athens with SkyExpress and Olympic. Ferries arrive to Kos from Piraeus, Syros, Rhodes, Naxos, Leros, Astypalea and many more. 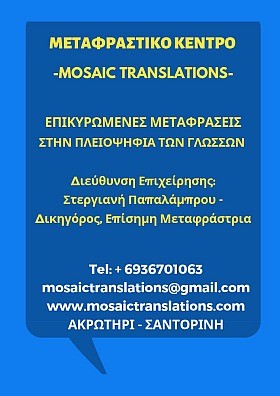 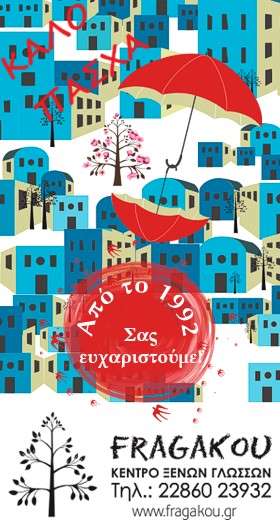 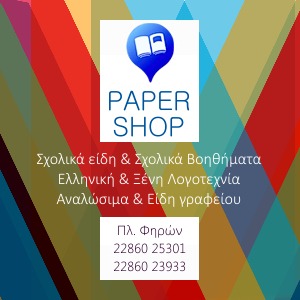 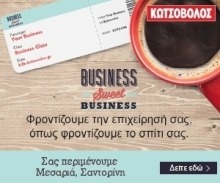 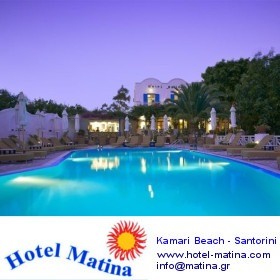 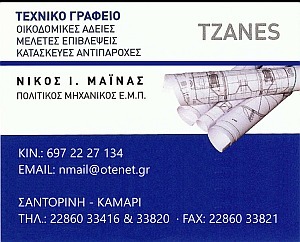 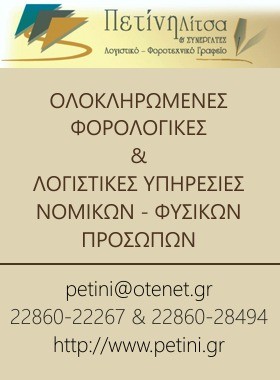 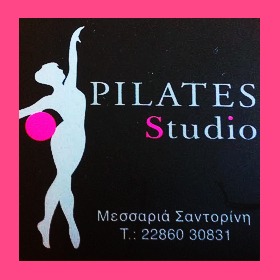 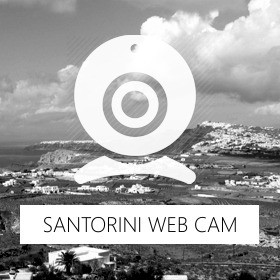